There were 57 members and guests in attendance. Apologies were received from 4 members. The minutes of the previous meeting, published online were approved.

The President, Professor Jeremy Bagg, welcomed the members and guests to the meeting.

The President explained why he had chosen the topic for his Presidential Address, “Murky meanderings in microbiology”

He started by discussing the diseases which he felt had had the most impact in recent years.

In 1996 variant CJD was first seen and this proved to be very different from other forms of prion disease with the potential for transmission particularly in healthcare. Professor Bagg then discussed the survey of decontamination in General Dental Practice carried out in 2004 which looked at infection control and decontamination of instruments. Dr Andrew Smith et al looked at the decontamination of endodontic instruments and found that it was impossible to clean instruments after use and this work led to the introduction of single use endodontic files in Scotland and then in England.

Following on from this was Scottish Health Planning Note 13 which provided plans for LDU in practice as well as new equipment e.g. washer – disinfectors.

Professor Bagg then gave us an update on blood-borne viruses. He started with the hepatitis B virus (HBV), describing its virology. He informed the audience that in a needle stick injury involving a 22 gauge needle 1ml of blood would potentially contain 100 infectious doses of HBV. Fortuitously the HBV vaccine is highly immunogenic. Most people respond to it but there are a number of non-responders. Advice now is that if you respond well (>10mIU/mL, www.who.int/occupational_health/activities/3hepatiti.pdf) no booster dose is required.

Professor Bagg then discussed the natural history of the hepatitis C infection (HCV). HCV can lead to persistent infection in a high proportion of infected individuals, and can be a slowly progressive disease, progressing to chronic liver disease, cirrhosis and hepatocellular carcinoma.  The treatment of HCV is to achieve sustained eradication of HCV (absence of HCV RNA in serum 12 weeks after completing antiviral treatment) and also to prevent the progression to cirrhosis and hepatocellular carcinoma. Treatment can involve the use of pegylated interferon – α in combination with ribavarin (a nucleoside analogue) plus boceprevir or telaprevir (HCV protease inhibitors for HCV genotype 1). The second generation protease inhibitors sofosbuvir (results in suppression of HCV replication and life cycle) and ledipasvir (protein inhibitor which results in inhibition in the replication cycle of HCV) in combination marketed as harvoni have shown a sustained viral clearance of 85-98% but the regime is expensive (a 24/52 course cost £78,000 plus VAT). These costs will however, come down.

He then discussed the HIV virus, describing its biology and replication cycle. There are multiple stages where drugs hare being or have been developed to act. If they act at more than one stage then they have a better effect. There is no cure but long term treatment will keep patients healthy for as long as possible. He discussed the families of drugs involved (nucleoside reverse transcriptase inhibitors (NRTIs), non-nucleoside reverse transcriptase inhibitors (NNRTIs), nucleotide reverse transcriptase inhibitors (NTRTIs), protease inhibitors (PIs), fusion and entry inhibitors, pharmacokinetic enhancers, and integrase strand transfer inhibitors (INSTIs)). He discussed the incidence of HIV diagnosis, AIDS diagnosis and resultant death in 1985- 2000 and compared it to that in 2000-2015. There has been a continual reduction in death from disease in developed countries and Sub- Saharan Africa from 1985.  In North Africa / Middle East, South East Asia and East Asia there was an initial decrease in mortality after 1995 when anti- retrovirals became available  but that continued decrease in mortality has not been see. Early diagnosis and starting anti – retrovirals early leads to a near normal life expectancy.

Professor Bagg then discussed blood borne viral (BBV) infected health care workers (HCW). He discussed the historical context and the current guidance on BBV infected HCW including the changes to the classification of exposure- prone procedures in dentistry.

In 2006 there were a number of ‘look – backs’ and they found no patients were infected, however this is not perfect as only 40% of patients come forward. . With both the current treatment regime for HIV which decreases viral load, difficulty infecting patient with a sharps injury and infection control measures makes transmission of HIV from an infected HCW unlikely.

Professor Bagg then described the work of the Tripartate Working Group(TWG)  with experts on Hepatitis, AIDS and UK advisory panel for HCW looked at all three BBVs. The overriding factor was patient safety but this was balanced with the risk of infected HCWs. The TWG took into account the improved understanding of transmission routes and risks whilst bearing in mind the rights of the HCW.

He then discussed the current exclusion categories and the changes in the classification of EPP in dentistry. Professor Bagg reminded the audience that we should be using safer sharps where a safe alternative is available. He the described a survey of Dentists into the incidence of sharps injury in primary care carried out at the BDA conference in 2017.

Professor Bagg ended his lecture by discussing antibiotic prophylaxis for the prevention of Infective Endocarditis (IE). He described how IE develops and the cardiac diseases that predispose a patient to IE. He then described the background to the publishing of the new guidelines. The launch of SDCEP guidance is projected to be early summer 2018.

In summary looking through all of the areas he had discussed are not straightforward which was why he chose murky, meanderings for his titled. He thanked the audience for listening.

Professor Bagg then participated in a very lively question and answer session.

The Vote of Thanks was proposed by Mr Roddy Black who thanked the speaker for a very interesting and informative evening. He then asked the audience to thank the speaker in the usual manner.

Under AOCB the President informed the audience the Annual Dinner is now sold out. It is in the RCPS Glasgow on Saturday 24/02/18, 7 for 7.30pm.Dress code: Black Tie.  Any member wishing to donate a prize for the raffle should bring it with them on the night or contact the Secretary if they are not attending the Dinner. The proceedings of the raffle are going towards the cost of airfare for a Dental Student from Rwanda to visit Glasgow Dental Hospital & School.

He then asked that any member wishing to propose another member for Honorary Membership status to contact the Secretary with their nominee.

The next meeting is on Tuesday 20th March 2018 in the Lecture Theatre 2, GDH. This is the AGM and members’ night and Professor Vince Bissell will give his lecture entitled “Assessment in dental education: is there a problem?” 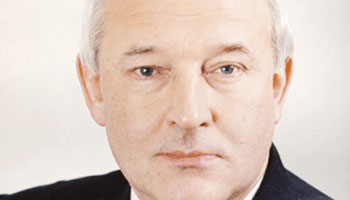